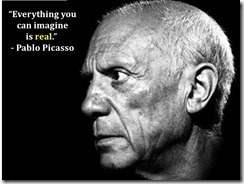 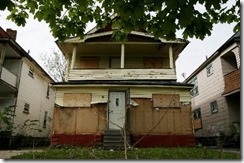 Gemma and I watched Michael Moore’s documentary Capitalism: A Love Story the other night. In the film, Moore connects the sale of suspect equity loans in the US and the ensuing subprime housing collapse. I first read about all of this in The Big Short: Inside the Doomsday Machine by Michael Lewis and it was a fascinating recounting but given how we’ve structured our investment property loans I thought it’s important to distinguish between a subprime equity loan and an equity loan in Australia.

From what I understand (and the entire situation was designed to be incredibly complicated), bank deregulation in the US lead to the availability of cheap finance for people who couldn’t actually afford to make the repayments. Banks, politicians, capitalism—you know what a dangerous cocktail that is. The US financial system then created products which bundled up those loans and subsequently sold products which bet against the homeowners making their repayments (derivatives and collateralised debt obligations or CDOs). It was only a matter of time until the foreclosures started rolling in en-masse and a few people got rich while a lot of people lost a lot of money.

Banking regulations are much tighter in Australia but more importantly I wouldn’t take on a loan if I hadn’t myself assessed our ability to afford the repayments. In other words, the closest we got in Australia in recent times to a subprime situation was around 2006 and the banking regulators here put a stop to all of that pretty quickly (and of course what was happening in Australia was nothing like what was allowed to happen in the US). From recent experience, I can vouch for the bank’s rigour in assessing our credit situation—it’s only gotten harder to get credit in the last few years, especially with the 2015 changes implemented by the Australian Prudential Regulation Authority.

As always, there is lot of information circulation about what’s good and what’s bad from sources which are good and bad. It’s important to do your own research and make your own decisions before acting but don’t forget it’s equally important to do something so inflation doesn’t do it for you.