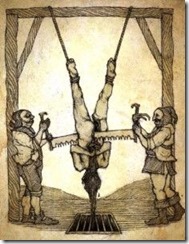 What a roller coaster ride we’ve had “just” to buy a plot of land over the last six months! We’re nearly there now and I wanted to briefly highlight some of the issues we encountered in securing the block of land and finance. In summary, the land titles have registered and we’re finally approaching settlement.

If you’re interested in the details, I’ve linked to earlier posts below.

We kicked off towards the end of 2015 when I asked our mortgage broker to look into finance pre-approval following my return to work several months prior. Although the wife was on maternity leave, I’d nonetheless been tinkering with the idea of a second investment build. The broker deemed our bank-appointed credit assessor to be unreasonably pernickety but finance was provisionally approved on the basis of servicing via my income alone.

I then needed to convince dear wife a second investment build is a good idea and gave Open Corp the okay to proceed once we reached agreement.

All was looking rosy with the first property selected for us by Open Corp until the vendor mysteriously sat on the signed land contract for some weeks. It turned out we’d been gazumped by a large buyer who apparently bought out all remaining blocks in the release—including those blocks with unexecuted contracts.

By this point, our bank pre-approval was due to expire but Open Corp quickly found us a similar, alternate property in a neighbouring estate. It was slightly larger, with a correspondingly larger price tag. In the interest of time, we nominated Open Corp to purchase the property on our behalf.

The Valex-appointed valuation company contracted by the bank to value this second block came back with an ill-considered short valuation. We were told by Open Corp and otherwise of the view the property value was in line with the contract price. Appeals to the valuer (Peter Jones from Lee Property) and the bank to review or reconsider a similar valuation that came in at cost for a similar property in the same estate fell on deaf ears. In brief, the valuer considered an inappropriate set of comparable properties and didn’t do his job. Unfortunately, there would be no getting around this and we’ll need to contribute the shortfall from our equity loan.

Throughout the valuation shenanigans, the contract I was on at work came to an abrupt end and left us as a no income, two kids (NITK—my acronym?) household—not all that appealing to a lender when it comes to their evaluation of a client’s ability to make loan repayments. The wife was still on maternity leave and, although she had a contract to resume work (and was actually on leave—maternity leave), the initial finance application was based on my income alone because our mortgage broker didn’t think her potential income would be considered. With my last pay stub showing the drop off in hours, it was difficult to prove to the bank we could afford this loan. For good measure, my overarching head contract also ran out!

Meanwhile, our deadline for finance approval with the land vendor was due to expire. A one-week extension was approved, provided the deposit was paid in full by the original due date. I wasn’t terribly comfortable paying the deposit until finance was unconditional but both Open Corp and our (independent) mortgage broker confirmed it was fully refundable.

Through a tip from another mortgage broker, I persuaded our broker to approach the bank about taking into account the wife’s signed work contract, commencing on her return to work from maternity leave and well before settlement. I’d been told the bank we were working with had recently softened their stance on maternity leave. Of course we first had to find the wife’s contract, which was buried in her work emails as an attachment she couldn’t access remotely. Her maternity leave had also been paid upfront so she had no recent pay slips.

The final hurdle was the build contract, signed by nomination, which the bank wouldn’t accept. A new contract was couriered out to us and signed in a hurry before being couriered back to be executed anew by the builder.

With the build contract sorted, the maternity leave strategy delivered and finance was finally approved.

Although the Open Corp land deposit is normally $2,000, our land contract stipulated the typical 5% deposit. As mentioned above, the extension required us to pay the balance before finance was unconditionally approved.

The builder’s deposit (5% of the build price) also came due just after finance approval and the balance of Open Corp’s fee was also payable.

It’s at this point—when significant amounts of money are moving out of the account—that it all starts to get real. Of course land titles haven’t yet registered and settlement hasn’t yet come about. Perhaps more importantly, in terms of getting a paying tenant through the doors, construction hasn’t yet started.

A final twist to the finance saw our request for an LMI waiver come through shortly after signing the first loan documents, which necessitated the inconvenience having the loan documents signed again. We weren’t sure how this was going to play out before this point so it was a happy surprise, at least.

As a final poke in the eye, I heard from Open Corp—two days before our anticipated settlement date—to say the solicitor needed a certified copy of our ID. On very short notice, the wife was fortunately able to find a Justice of the Peace at the hospital who could certify her ID… the head pharmacist, he was paged and materialised from a sterile room in a full biohazard suit to help her out!

Subject to the bank, settlement is scheduled this week.

Wow, we’ll never cut a break with this one!

We settled on Thursday morning at midday but first had a call from our Eastern states solicitor at 7am to say the bank wanted a $25,000 owner contribution (the day before it was $0). That amount was not only more than I could transfer online given our daily transfer limit but it was also more than the bank’s first-line call centre rep could manage for us.

I asked to speak with the rep’s supervisor and, after going through some additional identification questions and a nuclear launch sequence involving call backs and temporary passcodes, I was able to make the transfer.

I suppose a disclaimer is also worth posting: I'm just a guy, I'm not an accountant, lawyer, solicitor, tax agent, mortgage broker, banker, financial adviser, insurance agent, land developer, builder, government agent, or anything else so I disclaim your application of anything I write here is to be applied at your own risk. What I write may be incorrect and you are best to seek your own professional advice (tax, legal, financial, and otherwise) before entering into contracts or spending your money. Your situation is unique to you and what I write here reflects my experience only. This content is not professional advice and is not tailored to your situation. I’m not selling anything and I do not receive any form of commission or incentive payments for any companies or individuals I endorse. I'm learning too and expect to make many, many mistakes along the way.