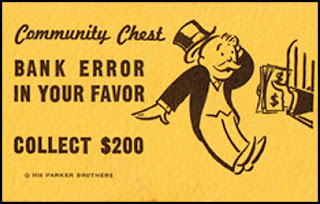 When our last progress payment came due for the frame stage, our mortgage broker (Mortgage Choice) sent us a form to be signed, authorising the bank to draw down against our mortgage for the amount of that invoice. This was the first construction invoice paid by the bank as they asked us to pay the first invoice for the base stage.

Our invoices to date have come through on a Thursday and payment is due within seven days. Our builder has previously returned a receipt to us within a day of payment so I became suspicious something had gone awry when I hadn’t received a receipt by Tuesday.

After following up with Mortgage Choice, I was informed the bank (one of the big four) had paid the builder, in a single payment, both the amount for the frame stage invoice and the builder’s 5% deposit. This would have been great if we were still back in December when the deposit was due but, as we’re now in May and I’d already paid the deposit myself from our line of credit, I raised an eyebrow.

Specifically, why did the bank pay an invoice we hadn’t authorised them to pay? That invoice was issued before land settlement and before this mortgage was finalised.

In speaking with the builder, they confirmed they weren’t sure what to do with this extra money, hence the delay with the receipt, and we agreed it would be credited against the next stage invoice. This plan was also communicated back to the bank, presumably through the builder to Open Wealth and then through Open Wealth to the mortgage broker (did anyone say “Chinese whispers”?).

And then it dawned on me: would the bank—one of the big four Australian banks, as mentioned, with annual profits in the billions and who charged me interest when they overdrew our transaction account during the land settlement process—reimburse the interest charged on the amount that was paid in error?

I put this one to Mortgage Choice and their initial response was ‘no’. Obviously I wasn’t happy with that answer and asked them to please explain.

They followed up with the bank and [after a few days passed] I was informed there will be an adjustment to compensate for this error once the next invoice is been paid.

The math is simple and the funds are not significant but it’s the principle of the matter, gosh darn it! And I hate it when banks steal my money!!
I’ve written in the past about keeping an eye on your banks and insurance companies. Here’s yet another example to reinforce the point. Hopefully future progress payments run more smoothly.